As part of the Pilgrimage of masses to pray for and end to abortion and for the establishment of a pro Life Medical Centre in Ottawa, the Holy Sacrifice of the mass
was celebrated at 11:00 am today
at Blessed Sacrament Catholic Church
194 Fourth Avenue, Ottawa, ON

The Celebrant, Father Geoffrey Kerslake
gave the best pro Life Homily I have ever heard.
Thank you Father.

The Queenship of Mary Community led the rosary before mass, provided the beautiful music during the mass, and  hosted the reception in the Parish Hall afterwards

Entrance Procession
Hymn to Our Lady of Guadalupe

Recessional
A Call to Life

Below are some photos I took 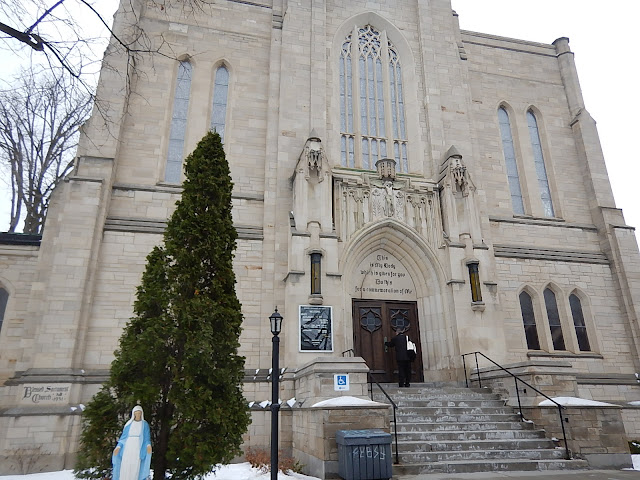 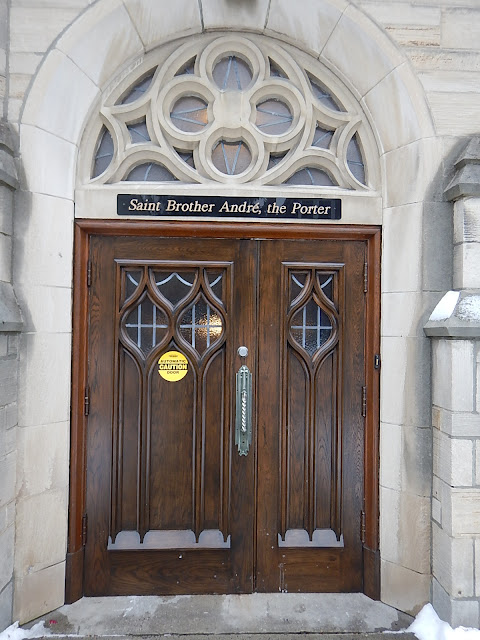 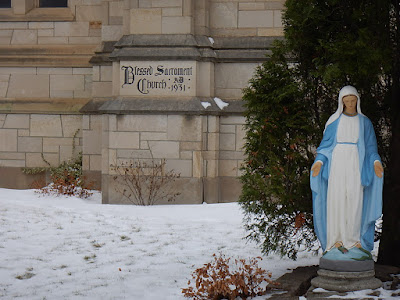 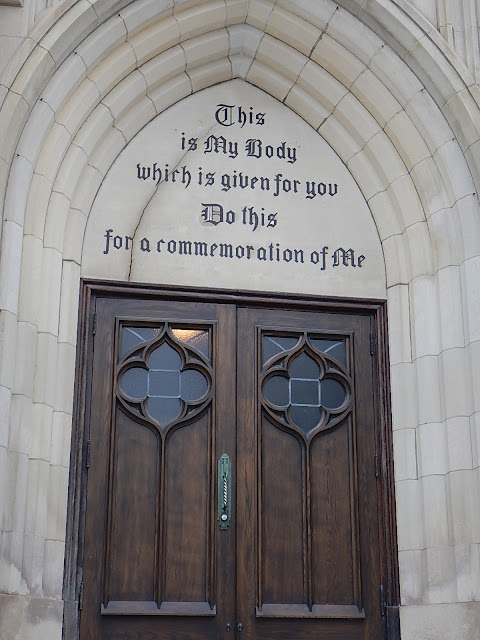 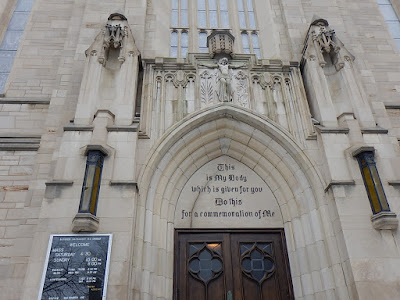 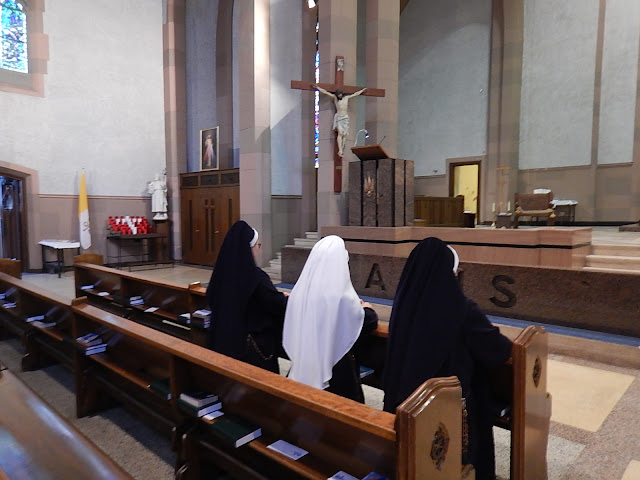 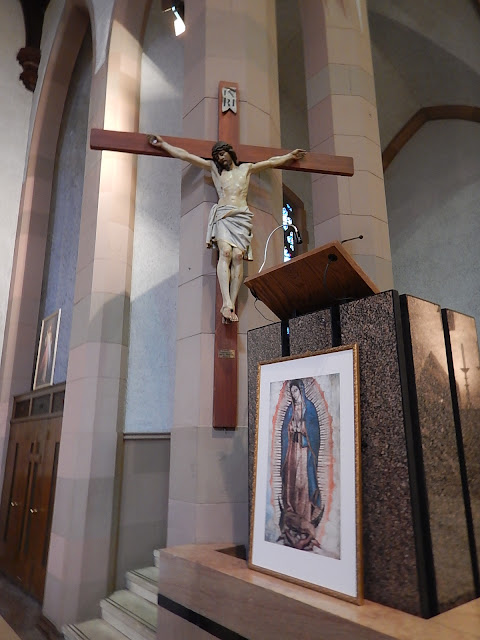 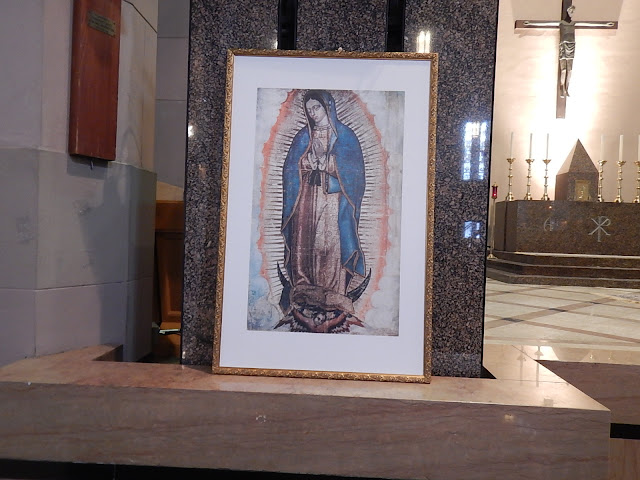 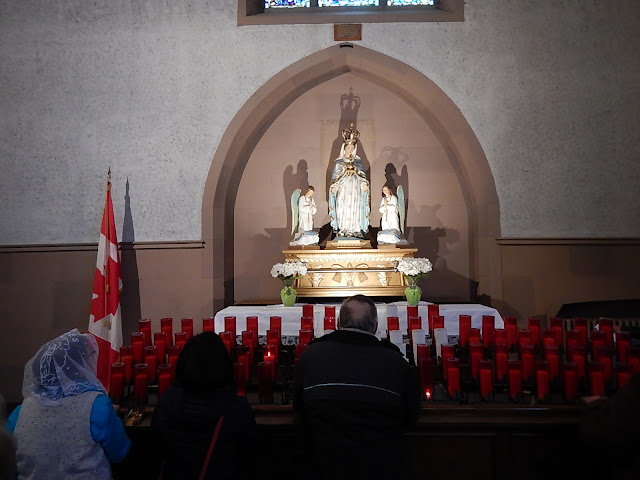 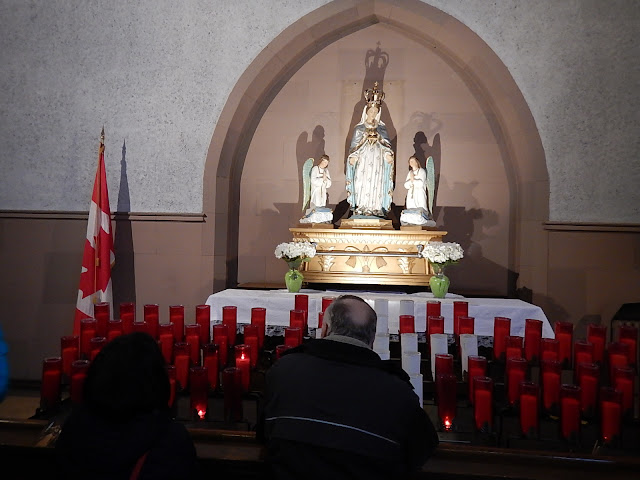 Reception in the Hall 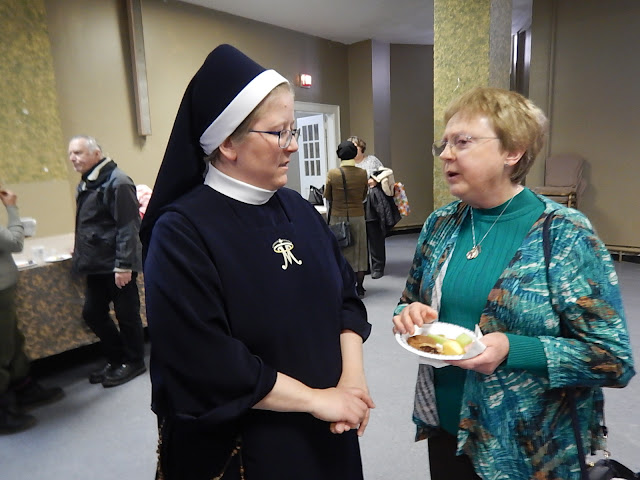 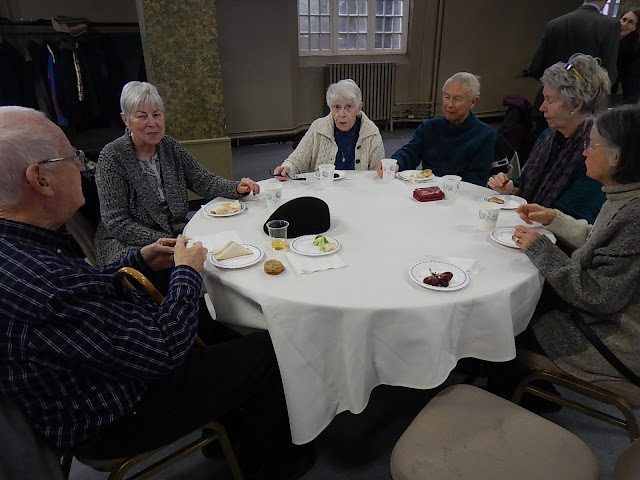 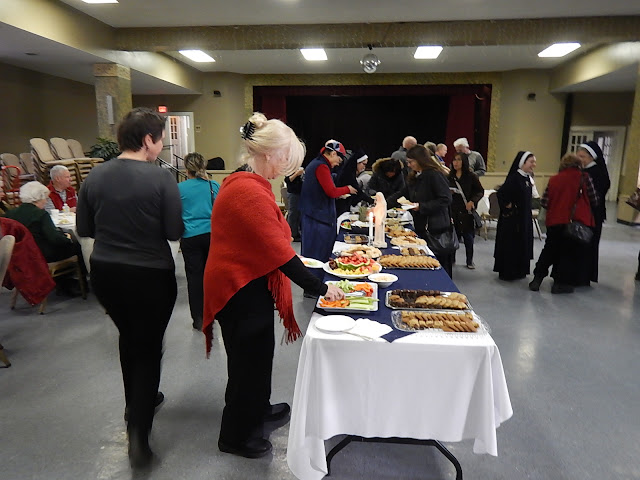 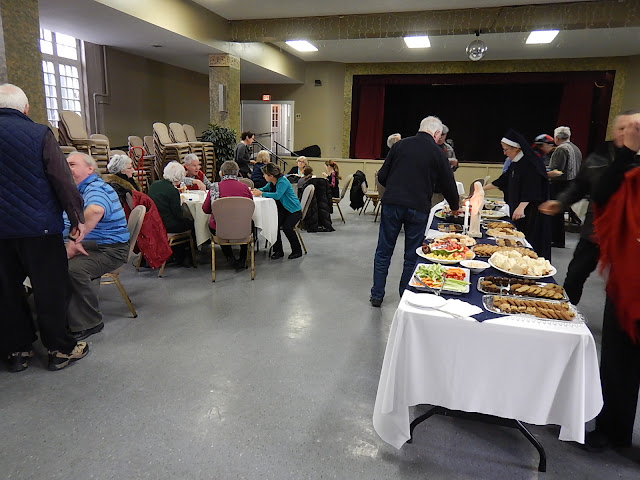 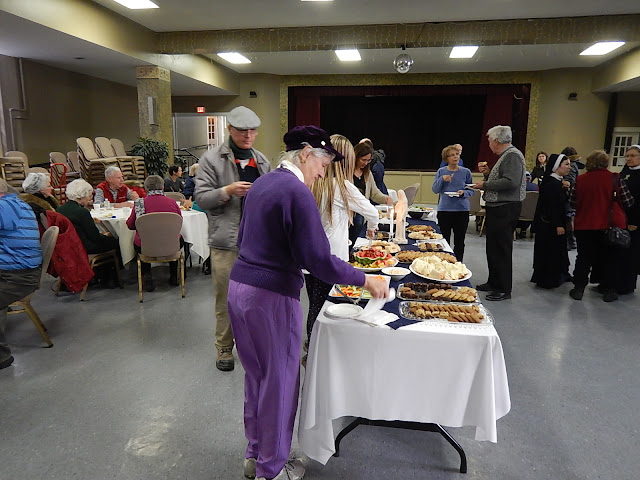 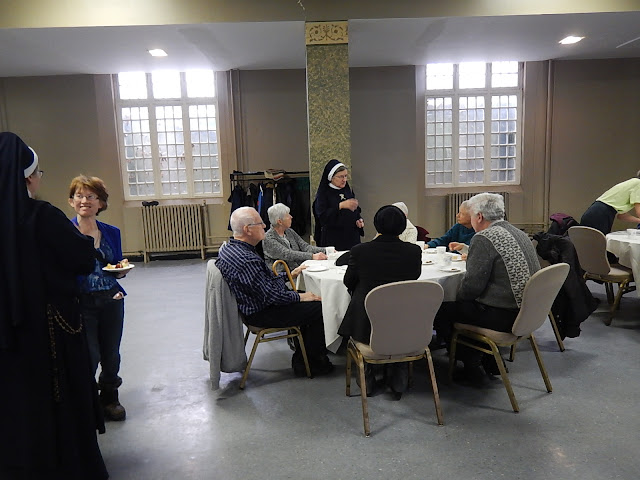 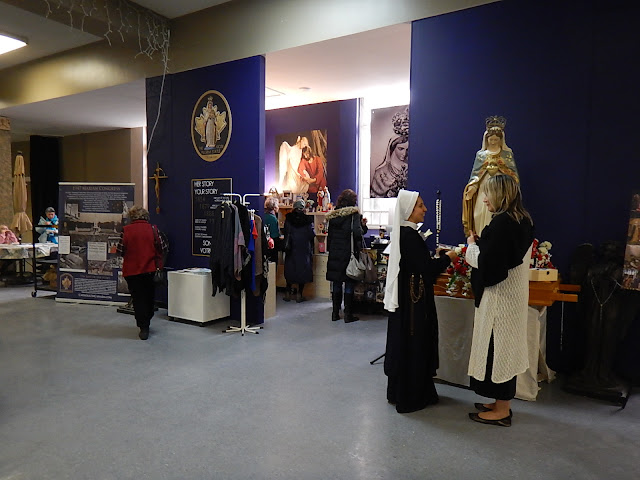 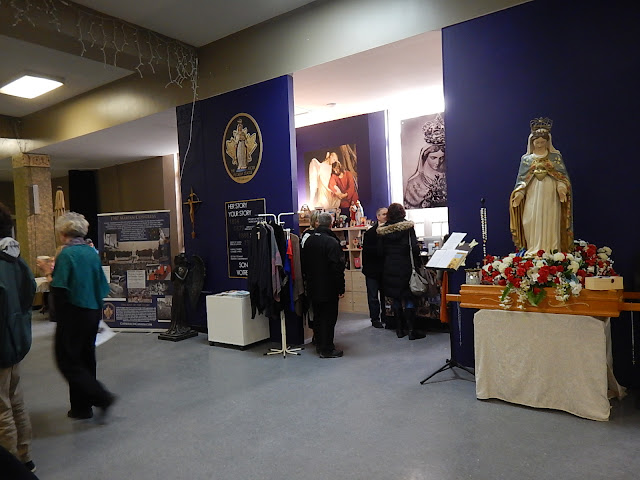 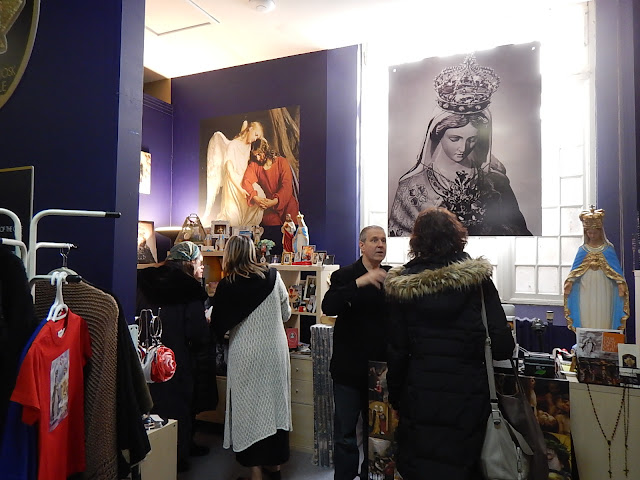 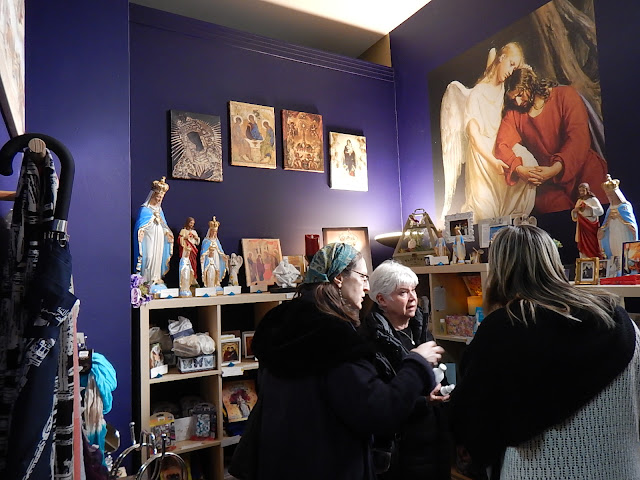 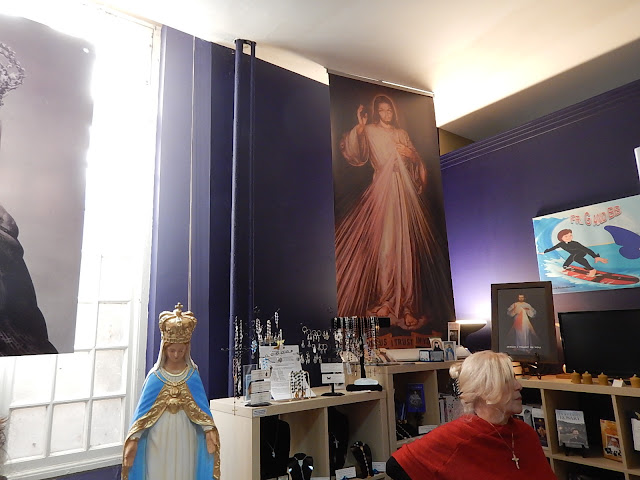 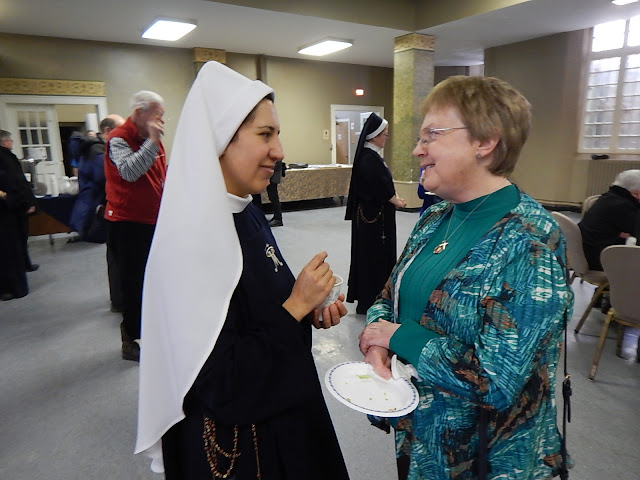 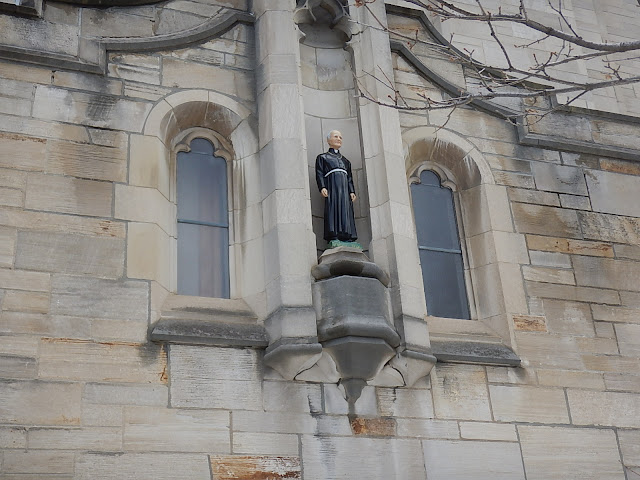 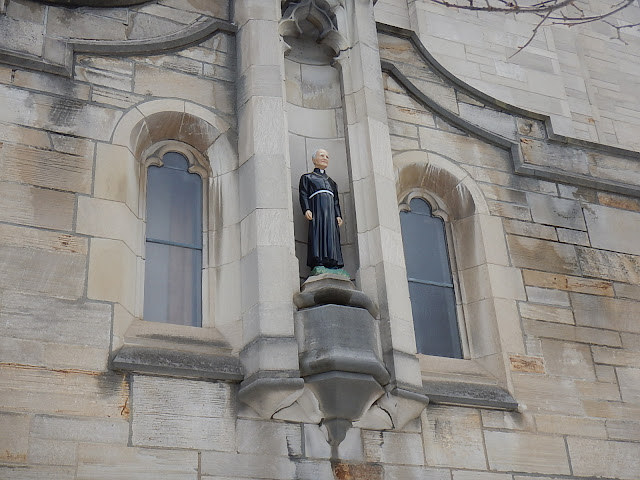 Posted by Maureen Teresa Ward at 5:09 PM No comments:


My sister once invited me to come to her class to see their Christmas play.  As the Wise Men were walking up the aisle one of them said to the other: “What is that in yonder sky?” The other boy said—forgetting his lines said— “I don’t know!” On this feast of the Epiphany we celebrate the gift of our faith: we are not ignorant about the star directing the wise men to the child they were on their way to reverence.


I’m going to attempt the impossible this morning: In a few words I will try to explain the liturgical history and the patristic meaning of the one feast of the Epiphany before it became several feasts. We’re going to be talking about the one feast in the second, third, and fourth centuries.


In the West Epiphany basically means the feast of the Three Kings as we are celebrating today. For the next fifteen minutes I’m going to ask you not to make this feast central in your understanding of the epiphany. It was always central for me in my early liturgical life, but I ask you to listen with a new kind of openness about the meaning of this feast in what I want to meditate on with you this morning.


The word epiphany, as most of you know, means “appearance”: when a king with his retinue came into a city they spoke about his “epiphany.”


In the first Christian century the only feast was Easter, and the Lenten period in preparation for that great feast. And then, about 120 in Alexandria, Egypt, they asked the question, “Well, when did Christ first publicly appear?” They focused on three events: they saw his baptism in the Jordan as the most significant public appearance; secondly, his first public miracle of changing water into wine at Cana; and third, his appearance to the nations in the persons of the three kings. Liturgically, over the centuries, these three feasts have been rearranged and celebrated at various times and sequences in the Eastern and Western traditions.


In the East, the Baptism of Christ has always been central; and we celebrate that tomorrow as a separate feast. In the West, the emphasis more and more fell on Christ’s appearance to the nations in the persons of the Kings. The celebration of the birth of Christ, Christmas, was a much later addition to the Epiphany liturgical season, and we will not be considering it this morning. The emphasis on his appearance at Christmas was to individuals, the shepherds and others. And for us too it is very much a concentration of each one of us going to the crib ourselves. However, the emphasis in the early celebration of Epiphany concerned the Lord’s public appearances.


The fathers drew three appearances together to explain the depth of the epiphany mystery. I’m going to cite two very ancient antiphons from the Divine Office of our feast today. They are very ancient patristic meditations on the meaning of the Epiphany mystery. The first is from second Vespers, and the second from Lauds. Both of them are very ancient and refer to three epiphanies I’ve mentioned. First, the antiphon from second Vespers this evening: “Three mysteries mark this holy day: today the star leads the Magi to the infant Christ; today water is changed into wine for the wedding feast; today Christ wills to be baptized by John in the river Jordan to bring us salvation.” Those are the three public Epiphanies of the ancient Epiphany feast. And note that this antiphon says, “mark this holy day,”— the antiphon refers to one day.


The first point I’d like to make it that these three epiphanies were all celebrated on the same day for several centuries. The antiphon I just read you was for one feast. Having originated in the East, the feast was called the Theophany, the manifestation of God. In the Eastern blessing of the water you will hear in a few minutes the word “today” is repeated over and over again, “today, today, today,” and enumerating all the graces happening on this one feast.


I ask you now to pay special attention to this second very ancient antiphon from a Greek hymn which gives the deeper meaning of this one feast of the Epiphany. “Today [that is, on this feast of the Theophany]  the Bridegroom claims his bride, the Church, since Christ has washed her sins away in Jordan’s waters; the Magi hasten with their gifts to the royal wedding; and the wedding guests rejoice, for Christ has change water into wine.” (Repeat)


You see what the fathers did with the three epiphanies? They became events in the wedding of Christ to his Bride. This is the very profound essence of the understanding of the fathers of the Epiphany mystery, and the main I want to leave with you this morning. This antiphon in one of the most profound antiphons in our whole Divine Office.


The center-piece of this original feast was the baptism of Christ in the Jordan. They saw his baptism as his most significant public appearance. Of course, we can’t know exactly what happened between Christ and the whole human race at his baptism. The Fathers give several explanations of its significance and importance.


Because of the revelation of the Trinity with the anointing of the Spirit and the voice of confirmation from the Father, and especially, as Mark says, “Jesus saw heaven torn open,”—not partially open but wide open—the Fathers of the Church saw in his baptism some kind of unique moment in the Incarnation. They saw it as his anointing as the Messiah by the Holy Spirit. It’s the inauguration of his mission and his acceptance of it. CCC: “The Father’s voice responds to the Son’s acceptance.”


Another understanding of this unique moment is in the theology of the Eastern Church that sees Christ’s baptism as the lowest point of his kenosis, of his identification with the human race.  Why? Because he who was sinless allowed himself to be baptized, which was a public act that ostensibly says that the person is in need of conversion and forgiveness.  CCC: “He allows himself to be numbered among sinners.” That’s why John was aghast at Christ’s approaching to be baptized!


The Orthodox liturgy especially emphasizes this marvel. Again, you will hear it in the blessing of the water:  John the Baptist cries: “How do you, O Lord, who have no stain, come to me your servant?”


When Christ reached this deepest point of his identification with the human race, the fathers of the church saw the whole human race present in Christ when he went into the Jordan.  When he descended into the purifying waters he raised all of humanity to participation in his divinity. CCC: “He became the source of the Holy Spirit for all mankind.” And the Preface for today’s feast says: “When he appeared in our mortal nature, you made us new by the glory of his immortal nature.” In the blessing of the water you will hear the Eastern prayer: “The Lord comes to be baptized so that mankind may be lifted up.”


And in the first reading Paul alludes to this universality: “In former generations this mystery was not made known to humankind as it has now been revealed to his holy apostles and Prophets by the Spirit: that is, the Gentiles have become fellow heirs, members of the same body and sharers in the promise in Christ Jesus through the gospel.”


You see, then, that the Fathers understood the baptism of Christ as the wedding of the human race with Christ. Listen again to the antiphon I want to emphasize this morning: “Today the Bridegroom claims his bride, the Church, since Christ has washed her sins away in Jordan’s waters; the Magi hasten with their gifts to the royal wedding; and the wedding guests rejoice, for Christ has change water into wine.”


Another Father of the Church interprets the opening of the heavens in bridal imagery: “The heavens were opened to Him on account of three wonders. For when Christ the Bridegroom was baptized, it was meet that the bridal-chamber of heaven should open its brilliant gates.”


Today, on our feast of one of the epiphanies, the wise men are coming to this wedding, representing all the nations of the world. In the fifth century Pope Leo said: In the persons of the Magi let all people adore the Creator of the universe.” But they are now coming to the wedding of the nations with the Son of God.


In a sixth century homily on the wedding at Cana, a Western bishop said this: “What wedding can this be but the joyful marriage of man’s salvation, a marriage celebrated by confessing the trinity or by faith in the resurrection.”


At his first miracle at Cana Christ is now seen as fashioning a great deal of wine for this wedding of himself with the human race.


And so, my sisters and brothers, the original one feast of the Theophany tied together the three public Epiphanies of the Lord into the one mystery of his wedding with the human race. And however you want to think of the gold, incense, and myrrh you personally are bringing to Christ in your hearts today, you are bringing them to Christ the Bridegroom and to the bride, the human race his spouse, that is, to us. This is the deepest mystery that pervades the whole  epiphany season—the wedding of the human race with Christ—Christ in the Jordan wedding the whole human race to himself, and the magi coming to celebrate this wedding. After the Resurrection, this is the next grace of the Incarnation celebrated by the early church: the wedding of God in Christ with the human race.


The feast of the Epiphany (as I said) originated in Alexandria, Egypt. There was a pagan feast there and on the god’s feast day the waters of the Nile turned into wine. It was this pagan myth that reminded the Christians of the Cana miracle. When we throw the cross into the river in a few moments, we can think of it, yes, as Christ blessing all the waters of the earth. But in the context of this deeper patristic meaning of the epiphany season, I like to think of Christ changing all the waters of the earth into wine to celebrate his wedding with all the nations of the world!   GKC?


In a few moments you will hear this: “For in this present feast we have seen you as a perfect man; today we have attained the time of feasting, and the ranks of saints have joined us, and the angels celebrate together with men.” “The rule of prayer is the rule of faith.” In this ancient understanding of Epiphany we are celebrating that in Christ, the whole human race has been wedded to God. Yes, let us rejoice and be glad!

Posted by Maureen Teresa Ward at 7:48 AM No comments: